This plan is not intended to address all potential issues of concern that may occur on the First Unitarian Church of Oakland property. It is imperative that during any potential emergency situation security team members remain calm, communicate clearly, and work the plan.

Security Team
In order to ensure the safety of the congregation, a Security Team will be established, trained, and be in place at all services and special events.

Mission Statement
The Security Team is a group of volunteers who regard the overall safety of the congregation and the staff as their main objective. The Team’s primary goal is to provide discreet security consistent with Unitarian Universalist values while blending into the fabric of the Church community.

Team members will be on the alert for any behavior that may become disruptive. Duties include, but are not limited to, being aware of individuals entering the church and worship service, checking the exterior of the church periodically during weekend service hours, assisting the congregation should there be a disturbance while the service is taking place. This includes directing congregants to exit the building.

Security Team Leader
In the event of an emergency situation occurring during a service, the Team Leader on duty assumes responsibility for implementing the First Unitarian Church of Oakland emergency plan at the time of the incident and provides leadership until personnel with more experience arrive on the scene.

Responsibilities include the following:

•Congregants are urged to call 911 immediately if they see someone with a gun or weapon on church property. They should then inform the church staff or other security team members.
•Members of the security team should be immediately informed if a congregant has any suspicion of guns or other weapons on the church premises.
•If there is any evidence of guns or other weapons in the church, the Security Team Leader must ensure that 911 has been called. Ushers etc. should be alerted to the situation by security team personnel.

If the child is not found in a short amount of time, call 911 and alert the police!

If the Fire Alarm Sounds

•Evacuate immediately, using the nearest exit. Walk quickly. Do not run.
•Assist disabled persons in your area. (Ushers, Security, others)
•If you encounter smoke, take short breaths through your nose and crawl along the floor to the nearest exit.
•Feel all doors with the back of your hand before opening. If the door is hot, do not open it. If the door is cool, open it slowly. Keep behind the door in case you have to quickly close it to protect yourself from oncoming smoke or fire.
•Proceed to the ground level and outdoors.
•Move upwind of the building at least 75 feet away from the building and beyond designated fire lanes. Go to the established designated assembly area, if possible.
•Do not congregate near building exits, driveways, or roadways.
•Do not re-enter the building until an “all clear” is announced by the Safety Team Leader. (Note: The “all clear” should be issued by the Fire Department.) 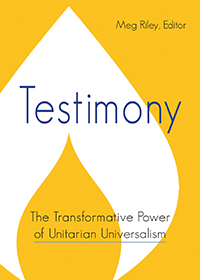 Buy it now at